Our company's goal is to support our customers health and fitness goals with knowledge and market leading products.  Kinetic Nutrition is a veteran owned and operated company that strives to support the savage warfighter as well as our emergency service professionals. Our way to say thanks is  with a 10% discount and also ship to military who are deployed.  We are open daily selling quality and well-known brands with great customer service. Personally interacting with our customers to help them with their weight loss and fitness needs is what we at Kinetic Nutrition strive to do each day

"Great prices, great and knowledgeable staff, if they don't have it, they will get it fast! They also do everything they can to help the community! The owner has done more for local small businesses in the area than any other person in town! Amazing crew!"

"Great nutrition supplements and the coffee bar is delicious" 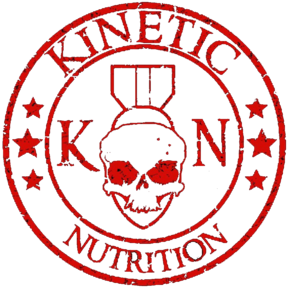 Kinetic Nutrition is a Veteran Owned and Operated LLC.  Kinetic is the premier vitamin and supplement store in Sneads Ferry, NC and the surrounding areas.

We constantly strive to remain knowledgeable in the fitness industry and strive to assist each customer with their dieting and exercise needs. Contact us on social media or feel free to stop by the shop for any personalized fitness or nutrition questions.

Bombshell Coffee is located inside Kinetic Nutrition; serving as a small made-to-order coffee shop.  All our coffee is made from a blend designed and roasted specifically for Bombshell Coffee.  We offer a variety of hand crafted espresso drinks, drip coffee, NITRObrew, and cold brew.  We strive to make sure that every cup of coffee is one that not only tastes good but is one that will give you that extra boost to live a KINETIC lifestyle.  (As an added bonus for our loyal customers CaliBea's serves breakfast burritos daily, for limited hours)

Apparel for both brands are produced in house....is a clothing line designed and made to fit the consumers desire for both comfort and functionality. Bomb & Skull Apparel is meant to encourage the customer to BE KINETIC daily. The Bomb & Skull team is constantly striving to bring new items to the market place that will both encourage and aid an active lifestyle. 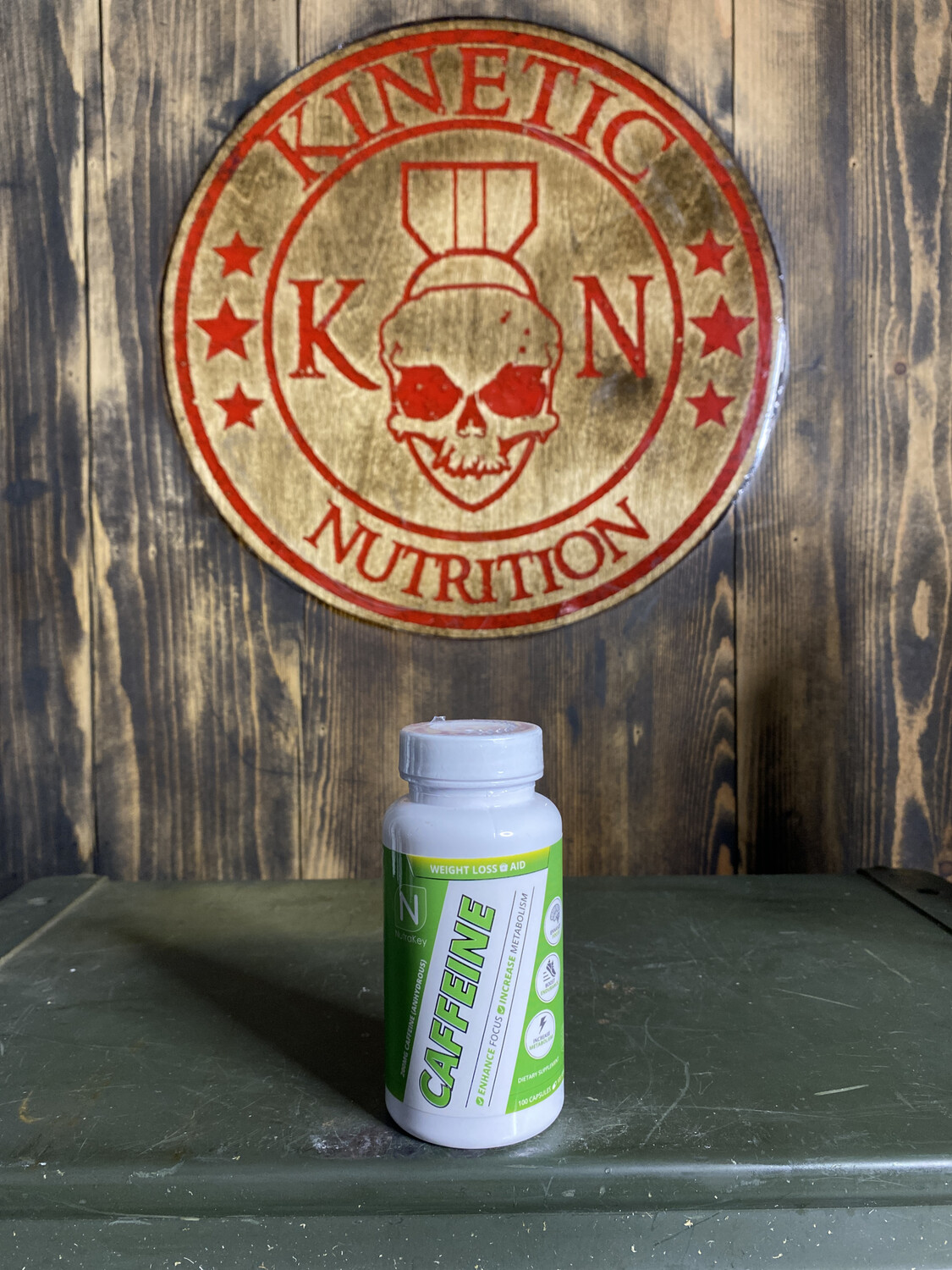 More Than Just a Stimulant: Strength, Endurance, Power
Found naturally in over 60 plants and one of the most widely used stimulants in the world, Caffeine is a fast acting nervous system stimulant that’s known for its powerful effects on reducing body fat, increasing endurance, enhancing strength, and improving mental focus.*

For endurance athletes, this results in greater endurance and a much higher perceived exertion during aerobic exercise (you don’t feel as tired).* For bodybuilders, this means greater muscle output and delayed exhaustion during heavy resistance training (more weight and reps).*

Supporting research has found that athletes who consume caffeine before working out feel more than 5.5% less exhausted, while at the same time, improving their overall athletic performance by more than 11%.*

Studies have also found that in addition to increased energy and endurance, caffeine also provides a significant boost to overall muscle power and growth. Thus, caffeine supplementation is thought to be beneficial to nearly all types of athletes – from bodybuilders to endurance athletes.*

NutraKey Caffeine has been ultra micronized for maximum absorption and bioavailability throughout your body. This means that more caffeine is available for your body to use and less passes through your system unused – both saving you money and providing superior results.*

Save this product for later
Display prices in: USD